Edge computing with Kubernetes and EdgeVPN.io

Kubernetes is often deployed in cloud data centers, where the assumption is that all nodes are in the same address space - i.e., there are no NATs between Kubernetes hosts/pods. However, when deploying workloads across multiple edge networks, this is seldom the case - nodes may be served by different providers, and be assigned private, NATed addresses.

Enter EdgeVPN.io (Evio) - it provides a foundational virtual network layer that exposes the networking model that Kubernetes requires, essentially presenting Kubernetes daemons with an enviroment that is logically the same as they would encounter in a data center. Thus, EdgeVPN.io allows deployments across multiple disparate cloud/edge networks, where private addresses, NATs and firewalls are not uncommon - without any changes. In addition to NAT traversal, the Evio overlay virtual network is scalable, resilient, and self-configuring in response to nodes joining and leaving the cluster, greatly simplifying the management of the cluster’s network. In combination with Kubernetes, Evio allows deployment of containerized, micro-service workloads spanning cloud and edge resources to support “fog” computing for processing near IoT sensors/actuators.

There are two different ways Evio can be used to support Kubernetes (K8s) deployments, both of which rely on the use of CNI plugins:

The Flannel CNI plugin is used in many K8s deployments. Like Evio itself, Flannel creates an overlay network that exposes a virtual network namespace to K8s pods and uses encapsulation to tunnel messages between pods. Unlike Evio, however, Flannel does not support NAT traversal. Flannel can, however, leverage Evio’s NAT traversal and virtualization - it’s possible to deploy a Flannel overlay atop the Evio overlay: 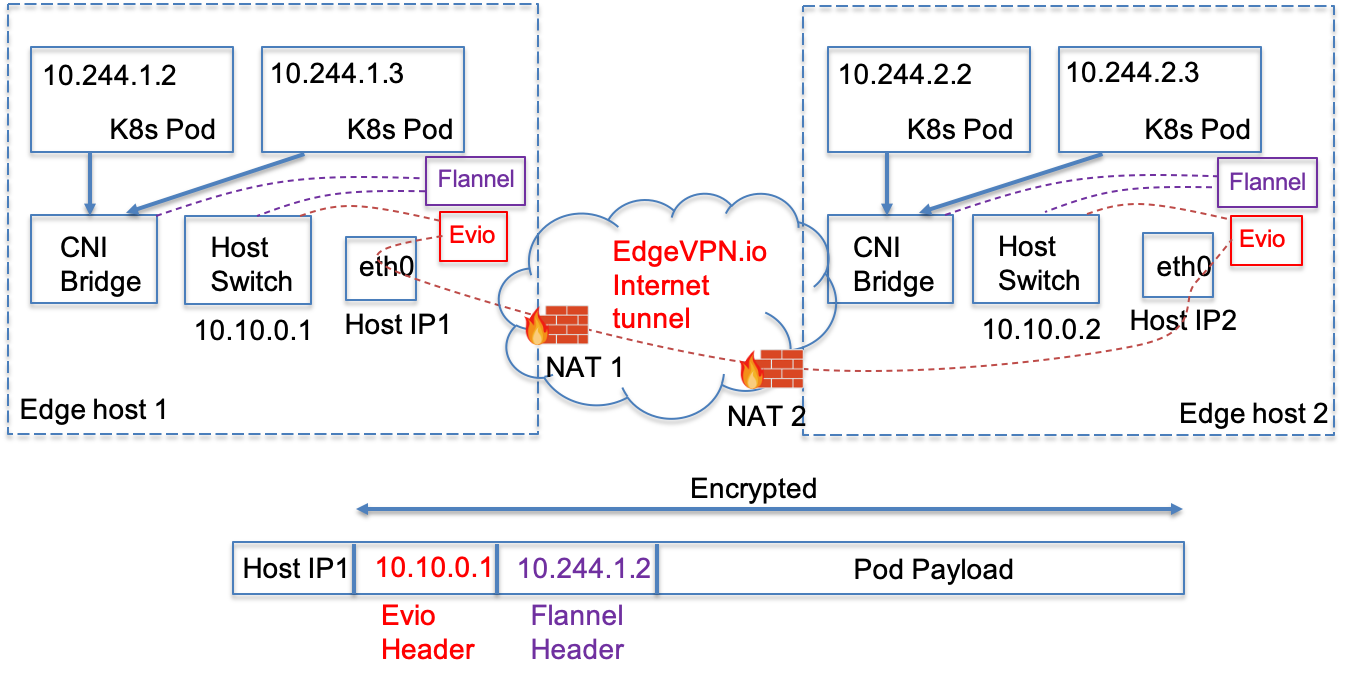 While Flannel works unmodified atop an Evio overlay, there is a performance price that is paid: double-encapsulation. In essence, messages sent among pods are encapsulated twice (by Flannel, and by Evio). To address this drawback, Evio has its own CNI plugin, which allows messages to be encapsulated only once - by Evio: 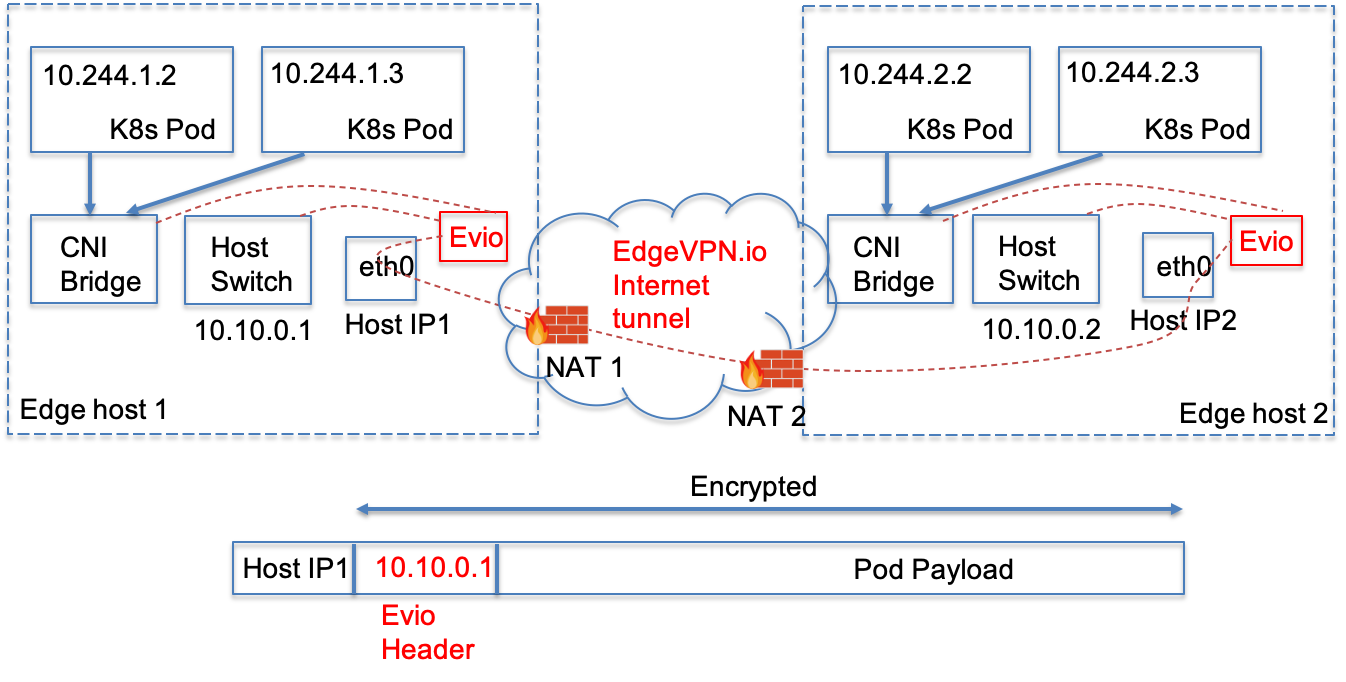 Both approaches outlined above - Flannel and Evio CNI plugins - are possible. Which one is right for you?